Sometimes it’s nice to be nice, and what’s happened to Ben Davies under Antonio Conte is a nice thing. Nice.

A lot of things improved for Spurs after Antonio Conte replaced Nuno Espirito Santo in one of English football’s more eye-catching managerial upgrades of recent years.

But no player was more emblematic of that shift than Ben Davies, whose own form perfectly echoed Spurs’ in general over that chaotic 2021/22 season and who has now been rewarded with a shiny new three-year deal as he prepares for the new campaign with his status at an all-time high and with a World Cup to look forward to as well.

Go back 12 months, and Davies’ Spurs future looked distinctly uncertain. With Nuno opting for a back four, Davies found himself in direct competition with the exciting if erratic Sergio Reguilon and the rich promise of the returning Ryan Sessegnon for a left-back spot.

It was a battle Davies was not winning and there was even plenty of talk that he might be sold after seven years of loyal service, much of it spent as reliable back-up to more overtly exciting attention-grabbing full-backs.

Davies made seven starts for Nuno, but six of those came in either the unloved Europa Conference or the Carabao as part of the Portuguese coach’s infamous and desperately divisive ‘B Team’ that ultimately did so much to cost him his job. Even Davies, the ultimate team man, expressed his displeasure at the way things were heading.

Funnily enough, Davies’ only Premier League start under Nuno came in the horrific 3-0 defeat to Manchester United that would prove his ultimate undoing. In came Conte, and so began the astonishing turnaround in Davies’ fortunes as well as the team’s.

From bit-part player in a back four, Davies was suddenly an absolutely crucial part of Conte’s back three.

Wales fans will not have been at all surprised to see Davies flourish in what has long been his best if rather niche position. He’s never been a modern flying full-back but nor is he the big presence you expect of a centre-back. He’s a bit of Column A and a bit of Column B and left centre-back in a three literally and figuratively splits the difference in a way that just works for Davies.

Even the identity of those around him at Spurs plays perfectly into his hands. Whether it be Requilon or Sessegnon – or next season Ivan Perisic – outside him, Spurs will always have an instinctively attack-minded, forward-thinking player on the left. Davies’ defensive nous allows him to slide to a more orthodox left-back role as and when required. Similarly, Davies’ solidity alongside the central Eric Dier allows for the more expressive and demonstrative Cristian Romero to do his thing on the right-hand side of the back three. Everything complements everything else rather wonderfully. 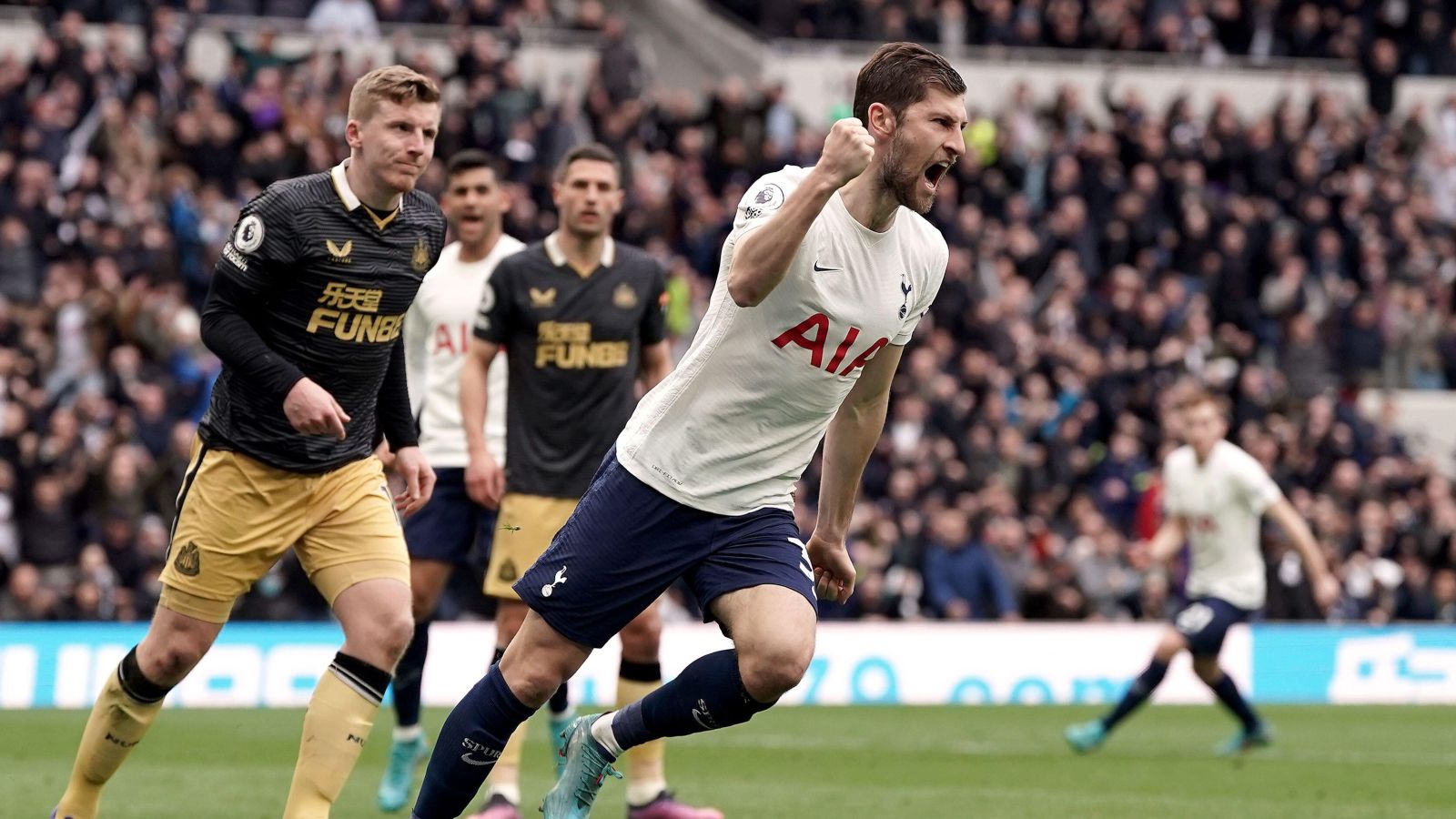 But while all that could have been expected, an even more welcome development has been Davies’ ability to act as an ‘underlapping’ attacker from his left centre-back station, frequently helping to create overloads down that side of Spurs attacks to the benefit of both his wing-back and Son Heung-min. It’s a feature of his play made even more tantalising by the addition of Perisic; anything that is going to give extra space and time for him and Son to combine should be a huge boon for Spurs.

From an afterthought under Nuno, Davies featured in 35 of Conte’s 36 games in charge of Spurs last season. He started 34 of those, coming off the bench in a grim Conference defeat to Mura and getting his only rest watching a 3-0 win over Palace during the Christmas rush.

Only Harry Kane has played more games or minutes for Conte’s Spurs. Arguably only Kane and Son have been more important to the team’s improvement and really not even they were as important in making Conte’s preferred 3-4-3 work with this group of players.

Even this summer the expectation was that a shiny new LCB would be a Spurs priority. It would be disingenuous to suggest that Davies is the only reason they haven’t made a big-money signing in that position – they went big for Alessandro Bastoni and could well do so again – but it is the presence of Davies that makes missing out on a big-name move and making the potentially genius loan move for Clement Lenglet less of a gamble.

If Spurs get the Sevilla iteration of Lenglet, then great. If they get the Barca version, well, they’ll still have Davies. And either way, while this year he may not quite be in the ’34 starts out of 36′ territory of last season he’s still going to be an absolutely vital member of an upwardly mobile and ambitious Spurs squad as he heads towards a decade of service in north London.

And in the middle of that season he’ll head off to his third major tournament for a country that has only qualified for four of them in its history.

Ranking every player to wear No.9 for Chelsea in the Premier League

Man Utd 1-2 Brighton: The Red Devils pick up where they left off as Gross stuns Ten Hag